There also used to be a German POW camp on this site. The only thing remaining of that camp is a water tower, still to be seen across the water from the site of the memorial. 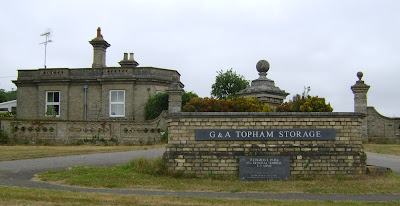 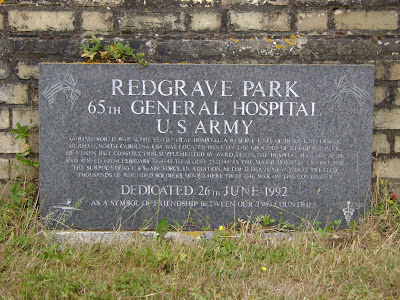 
During World War II, the 65th General Hospital, a reserve unit of Duke University, Durham, North Caroline USA, was located here on the grounds of Redgrave Park.
Of Nissen Hut construction, supplemented by ward tents, the hospital had 1456 beds and served from February [  . ] 1944 to August 20th 1945 as the major hospital centre for the surrounding U.S. 8th Air Force. In addition, after D Day, June 6th 1944, it treated thousands of wounded soldiers moved here from the war on the continent.