The church has irregular opening hours, but keyholders are noted on the board outside. The Post Office also holds a key, but they are careful about who they release it to. 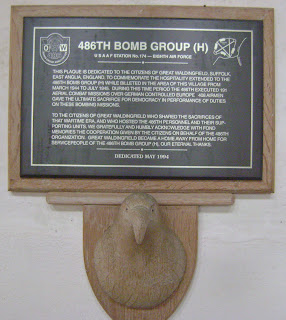 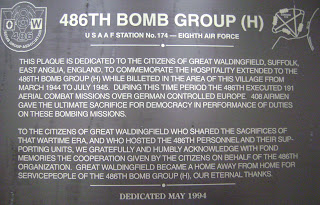 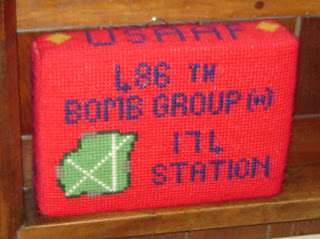 This plaque is dedicated to the citizens of Great Waldingfield, Suffolk, East Anglia, England, to commemorate the hospitality extended to the 486th bomb Group (H) while billeted in the area of this village from March 1944 to July 1945. During this time period the 486th executed 191 aerial combat missions over German controlled Europe. 408 airmen gave the ultimate sacrifice for democracy in performance of duties on these bombing missions.

To the citizens of Great Waldingfield who shared the sacrifices of that wartime era, and who hosted the 486th personnel and their supporting units, we gratefully and humbly acknowledge with fond memories the cooperation given by the citizens on behalf of the 486th organization. Great Waldingfield became a home away from home for servicepeople of the 486th Bomb Group (H), our eternal thanks.