On a private estate. The memorial can be seen on open days, otherwise a viewing must be arranged with the park. 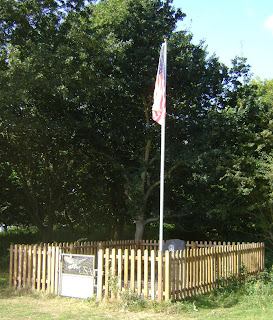 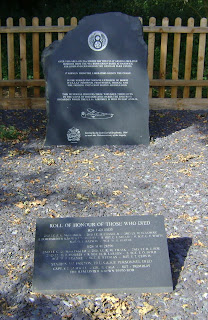 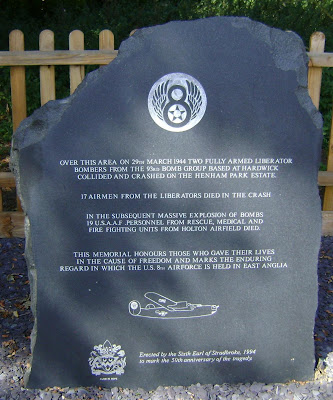 Over this area on 29th March 1944 two fully armed Liberator
Bombers from the 93rd Bomb Group based at Hardwick
collided and crashed on the Henham Park Estate.
17 airmen from the Liberators died in the crash
In the subsequent massive explosion of bombs
19 U.S.A.A.F. personnel from rescue, medical and
fire fighting units from Holton airfield died.
This memorial honours those who gave their lives
in the cause of freedom and marks the enduring
regard in which the U.S. 8th Airforce is held in East Anglia
Erected by the Sixth Earl of Stradbroke, 1944
to mark the 50th anniversary of the tragedy. 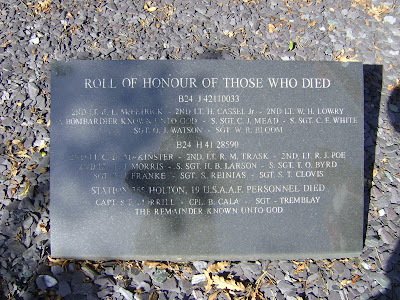 Roll of Honour of those who died