There are memorials for two crashes here: the top one, made from wood taken from the chancel,  relates to the 389th at Hethel, and the bottom, to the 453rd at Old Buckenham. We met the man who made the bottom portion. He was able to give us some information about the window, as well. The 389th Bomb Group wanted to install a stained glass window, but the Diocese wouldn't give permission--most of the windows in this church are clear. So this particular window was restored, with the small memorial pane inserted. The 389th also paid for the bells in the church, and the number 2 bell was cast with the 389th emblem on the inside. 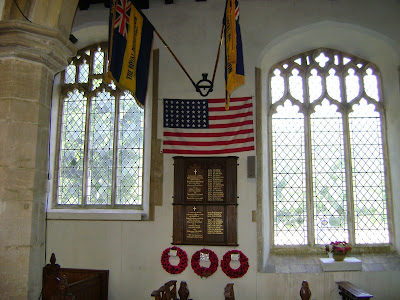 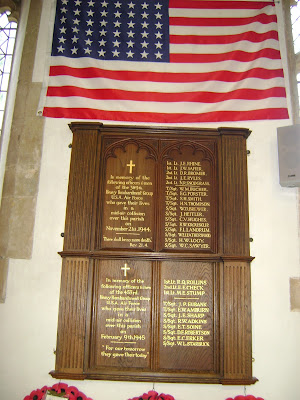 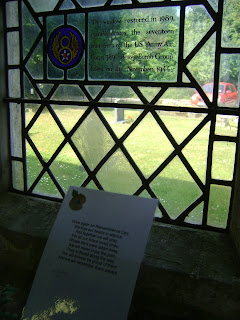 In memory of the
following officers & men
of the 389th.
Heavy Bombardment Group
U.S.A. Air Force
Who gave their lives
in a
mid-air collision
over this parish
on
November 21st, 1944

In memory of the
following officers & men
of the 453rd
Heavy Bombardment Group
U.S.A. Air Force
Who gave their lives
in a
mid-air collision
over this parish
on
February 9th,  1945

“For our tomorrow they gave their today”