These photos were taken at a rededication service held in October 2010. The nieces of one of the men killed, Lt. Richard Albert, had recently discovered the story of their uncle's death. As a part of the service, Christine Albert and her husband sang "Wings of War," a song they wrote for the occasion. It can be found here: Wings of War

Information on the 546th Fighter group, based at Halesworth, and more on the memorial, can be found here: 56th Fighter Group 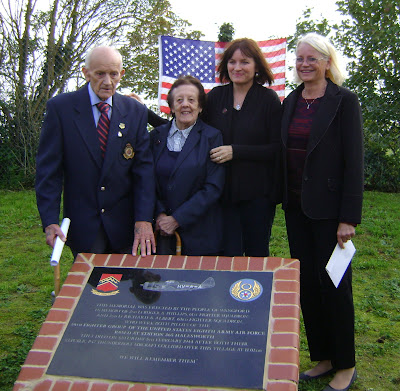 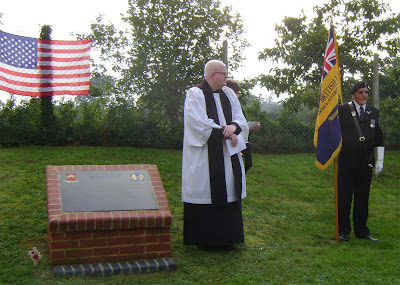 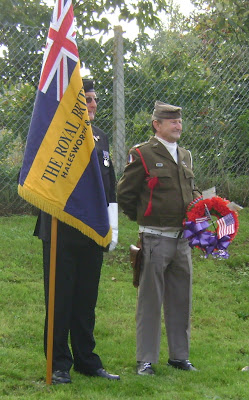 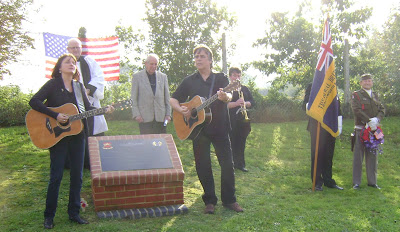