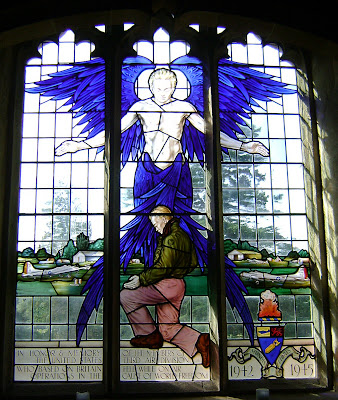 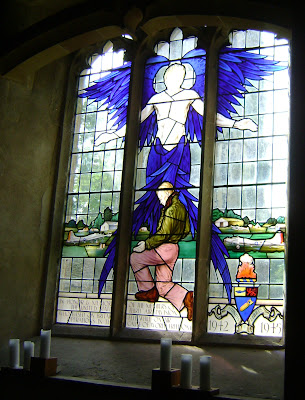 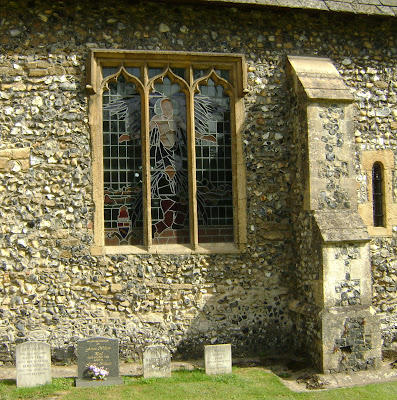 From the designer, Commander Hugh Easton, R.N.: "I have tried to show the Guardian Angel of the American pilot or airman, welcoming him, as it were, to the gates of heaven, after the sacrifice of his life given to save democracy. In a way, I have let the wings of the Angel reflect the wings of the American Air Force, and yet the Angel is symbolical of the traditional Seraphim. Behind the pilot is a typical Suffolk airfield, such as was used by the American Air Force, together with its complement of bombers, fighters and hangars." From the SS Andrew & Patrick church guide.