This is an RAF memorial, to the Number 24 Air Sea Rescue Unit, but it mentions two USAAF personnel who were killed during an ASR operation. It's on the harbour wall, at the mouth of the River Yare.

2nd Lieutenant James S. Mayall Jr, from California, was the Navigator. He was killed when his B17 ditched in the North Sea. He is buried in the Netherlands American Cemetery.


Sergeant Donald S. Downie Jr, from Mississippi, was the Ball Turret Gunner. He was killed on the rescue launch when the it was strafed and sunk by enemy aircraft. He is buried in Cambridge. 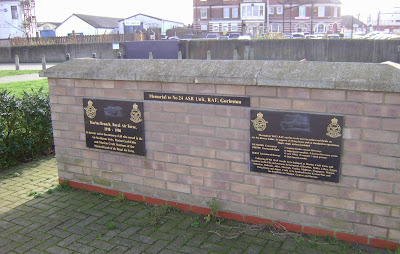 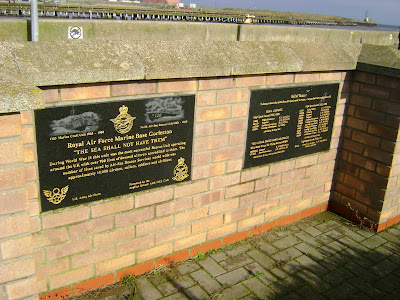 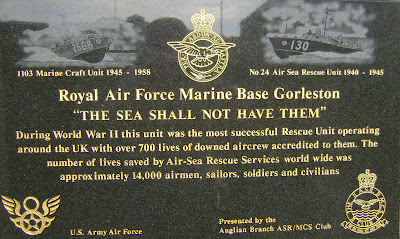 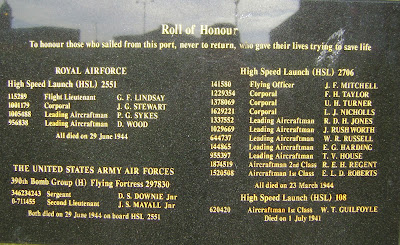